This week we welcomed the Reception children back to Summer 2 after a very sunny half term break! This Summer 2, we will be exploring the theme of At The Seaside. On the first day back, lots of children shared lovely stories of their busy half terms. As a class, we discussed what we wanted our role-play areas to be. The most popular suggestions were an ice-cream shop, a pirate ship and a beach café.

Reception were very excited with the opening of their new ice-cream parlour. They took it in turns to be the shop keeper and to be the customers. The shop keepers used toilet rolls for cones, wooden balls for ice-cream scoops and tissue paper for ice cream and flakes. This was a fantastic way for children to start thinking about using money. 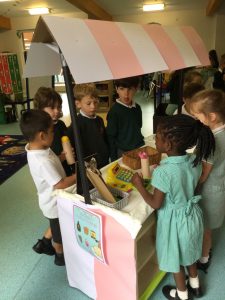 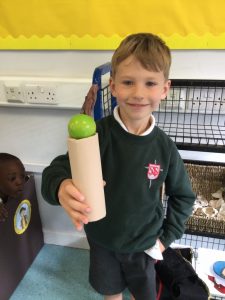 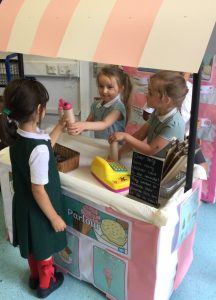 The children were all equally excited to play in the new pirate ship that has arrived in Reception. Working together, the children quickly invented a new game, where the pirates had to find the treasure chest that was hidden by different children around the classroom and playground. 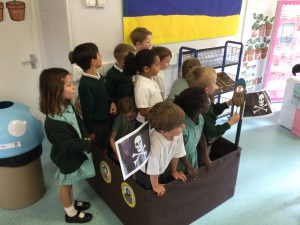 In maths this week, we have revisited doubling and halving, which the children are grasping excellently. We are now exploring sharing quantities fairly across 2 and 3 groups. We have also introduced the concept of odd and even numbers, which the children have really enjoyed exploring. 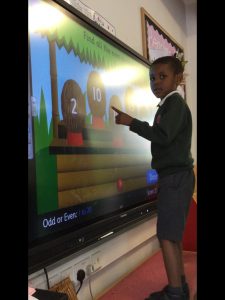 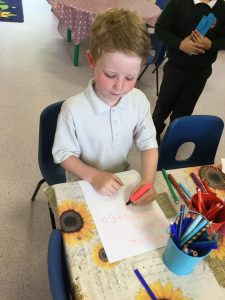 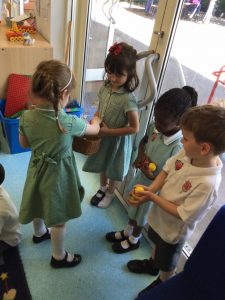