Speed stacking came to St Alban and St Stephen when we proudly hosted the School Games Speed Stacking Competition.  The event involved Year 4 children from local schools competing to be the best stackers in the district.  The aim is to smoothly stack a pyramid of cups without knocking them over, and then dismantle your pyramid with no disasters.  It is a fun way to improve hand eye coordination, test your nerves as well as your dexterity.  Our two teams batted hard but on this occasion were not able to achieve the crown.  Well done to all the children who took part. 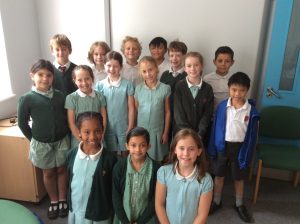 This month our girls football team took part in the Annual Girls Football Tournament held at Fleetville.  It was an early start and without any substitutes the girls knew it was going to be a tough morning.  Teams from the local schools and we were up against many of the teams who had won their league during the season.  During the morning the girls play some incredible football, showing off the skills they have learnt since September when they started and were rewarded with several fantastic wins.  One game ending in 4-0 proved it is possible to score a goal per minute.  Getting though to the Semi-Finals was a great achievement but unfortunately on this occasion it was our time to go home, losing 1-0.  I am so proud of the dedication and commitment the whole team has put in this season.  Well done Girls and looking forward to an even more successful season next year. 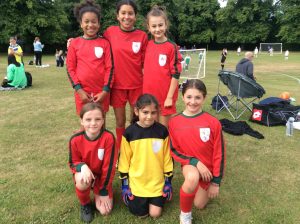