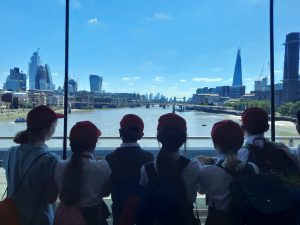 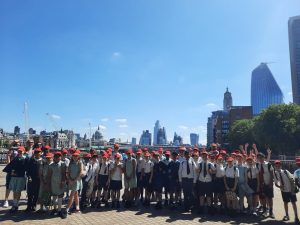 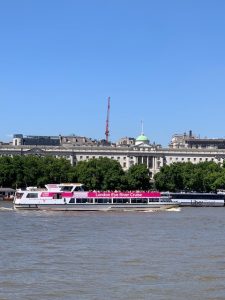 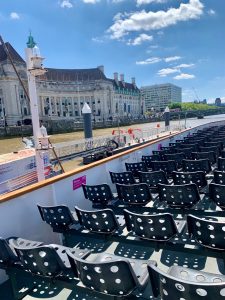 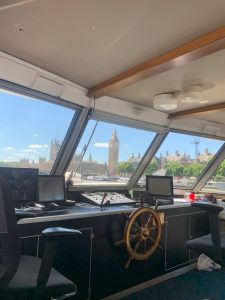 As part of our Geography curriculum, Year 5 have been learning all about rivers. 5B and 5H were given the chance to make a study at close quarters this week as they travelled to London to take a cruise on the River Thames. The train journey to London caused great excitement in itself, as we alighted at Blackfriars Station, the only station located on a bridge over the Thames. When we arrived, it was interesting to see that there was a small, pebbly beach area next to the river, yet when we left London a few hours later, this had vanished as the river level had risen, proving what we had learnt about the Thames being a tidal river. Walking along South Bank , we spotted many famous London landmarks and found a very scenic picnic spot right under the London Eye!

The highlight of the day was the river cruise. As well as sailing under iconic London bridges like Tower Bridge, we also had a close-up view of lots of historical sights, including Traitors’ Gate, the Monument to the Great Fire of London, the replica of Shakespeare’s Globe Theatre and the Houses of Parliament. Our river cruise had a fascinating commentary and we learnt a lot. Did you know that Big Ben only refers to the bell inside the clock tower (which is actually called the Elizabeth Tower) or that the Thames is now one of the cleanest rivers in Europe thanks to Joseph Bazalgette’s sewer system? After the cruise, there was more entertainment as we watched street performers and skateboarders. It was a fantastic day out! 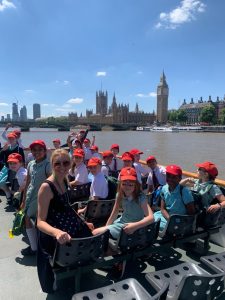 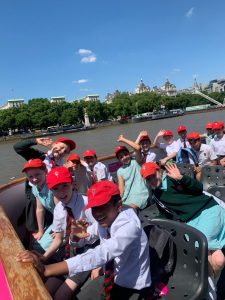 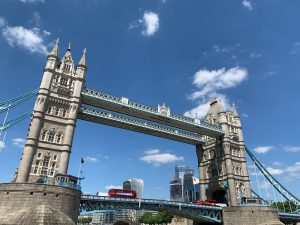 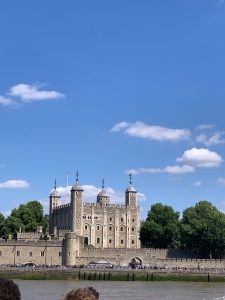 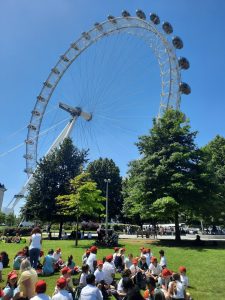