Another week of football for the girls who this time played against Cunningham Hill.  The girls have been working hard on passing and defending in training and this really showed in the game.  The opposition were a fit bunch and were quick on the break and scored a number of goals before half term, well done to Adrianna and Lizzie who pulled off some fantastic saves.  SSAS worked hard during the second half and a wonder goal from Emerald left the girls celebrating.  Players Player: Amelie and Coaches Player: Honor. 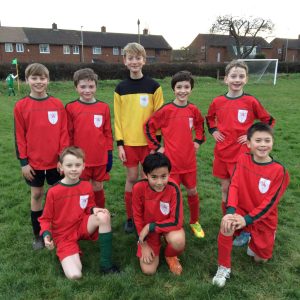 The Year 5’s kicked off their season with a game against Bowmansgreen.  With many of the boys playing regularly outside school it was a super show of footballing talent.  Both sides were very attacking and Jonah and Alex excelled in goal with some great saves.  SSAS spent most of the second half pressuring the Bowmansgreen defensive  and were unlucky to come away with a defeat.  Players Player: Francis L and Coaches Player: Lucas